Are Under Armour Shoes Good for Walking: Understanding What Makes the Brand Great

They say one must be healthy to live a better life, but with the competitive and hectic lifestyle most people lead, this has become a challenge for many.

Fortunately, one can still catch up with the need for physical activity through walking, and you would need a good pair of shoes.

You'll find many brands, but getting shoes that can provide comfort, protection, and ease is vital.

Among the shoe brands in the market mostly recommended is Under Armour.

You may wonder, though, are Under Armour shoes good for walking?

Is this brand worth investing in? Let's get to know how the brand started and what they have to offer people who believe in their products.

Are Under Armour Shoes Good for Walking?

A thing that makes this brand special is its consistency in creating both footwear and apparel of good quality.

They view sustainability issues as an opportunity to think outside of the box.

This characteristic drives them to push the boundaries of conventional thinking in areas like product development, dyes and finishes, and printing.

It includes engineering and material consumption too.

Here are the things to love about Under Armour:

This innovation is made possible by a highly dynamic lattice network, which is unique to Under Armour's technology.

The brand uses Anafoam technology. This creation enables the brand to create a lightweight, personalized fit with a supportive feel.

This is accomplished by using an anatomically shaped foam that they bond with a flexible mesh.

In terms of stress absorption and energy return, Under Armour's Charged Cushioning is the best in the business.

Shoes with this function ensure that each step has less impact and that the bounce back is much improved.

This padding paves the way for athletes to have less stress on their feet and joints, along with enhanced responsiveness. Under Armour's product materials utilize a strategic hourglass-shaped arrangement that grows and shrinks in response to the user's movements.

This pattern enables clothing and footwear to better contour the body's natural curves.

This technology remains the same at rest as well as in motion.

This guarantees items that provide ample support and responsiveness.

Under Armour's HOVR is designed to give the sensation of "zero gravity".

The feature is made possible by a well-engineered design with improved energy return and shock absorption.

They make this technology through an Energy Web compression mesh, which holds and shapes the UA HOVR foam in place.

The result is a remarkable amount of bounce back and a reduction in impact with every step taken.

Since the foam used is meant to be resilient, you can expect this technology to last for a long time.

The company's Micro G padding system is a low-to-the-ground cushioning technology that is lighter and more explosive than standard foams.

It implies natural stability and improved responsiveness, which improves optimal performance and comfort. 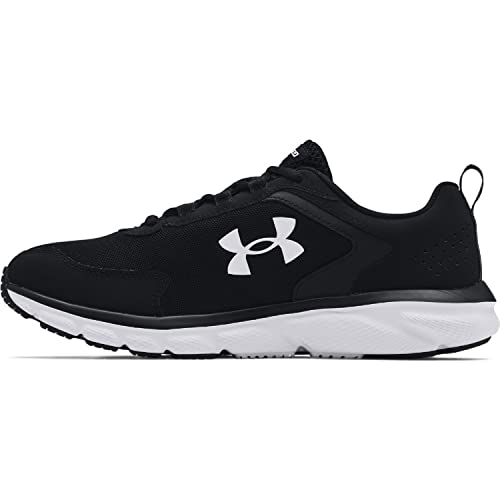 The MicroThread technology design aims to create a moisture-wicking, cool microclimate for your foot while in use.

As a result of its non-chafing and non-clinging properties, they typically use this material for the brand's shoe uppers.

It also can expand with your movements without trapping perspiration.

Under Armour's SpeedForm technology ensures perfect fit and quality, along with optimal comfort.

You can expect this from varying models in their shoe lines.

The ThreadBorne by Under Armour is a technologically sophisticated fabric that delivers increased responsiveness and breathability.

Athletes can anticipate a compressive fit when they wear shoes with this technology.

It also translates to improved comfort and performance.

How Did Under Armour Start?

They say a brand's history determines the quality of its products.

If you are looking forward to purchasing Under Armour shoes, it's best to learn how the brand started.

Looking at the brand's timeline can give you a hint of whether to trust their products or not.

Let's find out if Under Armour is a brand that can be trusted for fitness gear. Founded in Baltimore in the mid-1990s, Under Armour swiftly became a leader in the casual apparel and activewear markets.

Under Armour created a shirt in 1996 that became the catalyst for the business' success.

It was made of skin-tight, supple material that stretched for comfort.

The essential feature is that it dissipated perspiration faster than any other product.

This iconic piece became the athletes' favorite as it kept them light, cool, and dry.

On top of keeping users cool with HeatGear, they subsequently launched the ColdGear fabric.

Under Armour made it sweeter by launching their AllSeasonGear, designed to make users feel comfortable between weather extremes.

In 1998, the sale of Kevin's grandmother's Georgetown rowhouse resulted in the relocation of Under Armour's operations.

They moved to a new warehouse and headquarters in Baltimore, Maryland, and have operated there ever since.

In 1999, Under Armour has agreed to supply gear for the movie entitled "Any Given Sunday."

It's an Oliver Stone film that featured Jamie Foxx and Al Pacino.

In the scenes, the football squad sported Under Armour clothes and accessories in critical sequences of the film.

This collaboration led to the brand's big break when players from all around the world took notice of their gear.

In 2001, the National Hockey League partnered with Under Armour.

In 2002, Under Armour introduced its first brand of athletic underwear.

It guaranteed athletes that they would choose this over using traditional underwear.

That is because they designed this to stretch, remain in place, wick sweat, and be breathable.

The now-legendary "Protect this House" advertisement became a legitimate voice of the future generation since it aired in 2003.

This ad introduced the notion of "WILL," which has become a fundamental part of the Brand's DNA.

In 2004, the University of Maryland had named the company its official sporting apparel provider.

This event is a significant milestone as it came eight years after Under Armour first launched.

After going public on November 17, 2005, Under Armour began trading on the NASDAQ under the ticker symbol "UARM."

It was the first initial public offering to double in value on its first day of trading in the United States in five years.

With their first line of football cleats, Under Armour made the transition from sports apparel to footwear.

In its first year, the company gained a 23% market share and was named the official footwear supplier of the National Football League.

Fast forward to a year, the brand opened its first retail store in Annapolis, Maryland, in 2007.

After releasing its first Super Bowl ad, Under Armour announced the release of their long-awaited line of performance trainers in 2008.

This model established the brand's foundation in the athletic footwear industry. 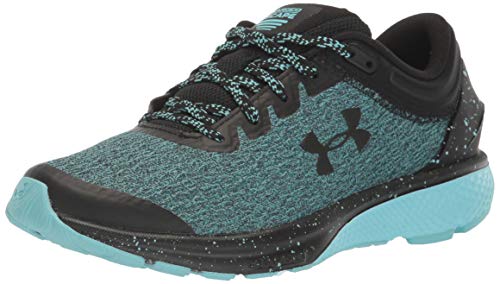 In 2009, the brand launched its first forays into the running industry.

This collection featured an introduction of its performance footwear line.

Under Armour achieved $1 billion in annual revenue following a five-year sales increase of over fourfold.

This break is only 15 years after the company's humble beginnings.

Kevin Plank commemorated the event by signing the box that signified the achievement of a milestone in 2010.

In 2011, Under Armour solidified its reputation for unrelenting innovation by producing Charged Cotton.

This fabric dries quicker than conventional cotton while remaining just as soft and pleasant to touch.

In 2012, Under Armour redesigned the sports bra.

This paved way to get the best performance fit for their groundbreaking Armour Bra technology.

The company pioneered an innovative technique to create each precise cup size by hand.

This piece of apparel resulted in unparalleled, personalized comfort and support.

In 2013, Under Armour debuted ColdGear Infrared, the company's most advanced insulation technology to date.

It is a soft, thermo-conductive lining that effectively absorbs and maintains body heat.

This innovation allows athletes to stay warmer for extended periods without extra bulk or weight.

Under Armour is primarily a footwear company, as seen by its debut of the Speedform Apollo shoe in 2014.

As the world's first running shoe ever manufactured in an apparel factory, it was created for speed and with as few distractions as possible.

Under Armour created the world's biggest online fitness and wellness community in 2015.

This comes with the acquisitions of Endomondo, MapMyRun, and MyFitnessPal.

The brand that revolutionized the way athletes dressed is now revolutionizing how they live.

The built-in Record Sensor technology provides athletes with an untethered running experience when it comes to tracking data.

This technology allows them to run without a mobile device while storing distance, duration, date, and splits during a run.

The company designed this to leverage the body's energy to speed recuperation.

In 2018, Under Armour released the new pinnacle cushioning system.

In addition to being soft enough to absorb impact, it also returns energy and elicits a feeling of zero gravity.

Walk Comfortably With Under Armour Shoes

Are Under Armour Shoes good for walking? This query has been asked countless times, but the answer remains the same.

Yes, Under Armour shoes are excellent for walking.

Their walking shoes are designed not only for aesthetics but also for maximum comfort and performance.

The brand's humble beginnings and victories prove to be a driving force and a fulfillment of its commitment to producing high-quality lines.

Their apparel and footwear are not just for athletes but for everyone who wants to enjoy mobility at its finest.

If you are looking for gear to invest in, Under Armour is the perfect brand to give you your money's worth.

What Is the Best Shoe for Walking on a Treadmill?